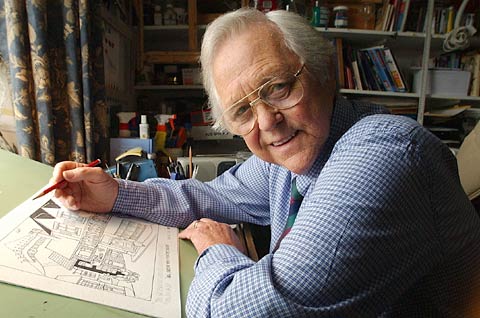 Grenfell Jones MBE, better known as “Gren”, produced a daily cartoon for the South Wales Echo for over 45 years. His cartoons won him numerous awards including the much coveted UK Provincial Cartoonist of the year six times.

Gren continues to be a household name both in Wales and around the world and is synonymous with everything Welsh. His gentle humour and unique artistic style of work have appeared in numerous books, calendars and record covers.

He received a gold disc from EMI for his art work on the record cover of Max Boyce’s album “we all had doctors papers” and Gren came second in the world to Pink Floyds “Dark side of the moon” cover.

With the syndication of his work throughout the UK, Gren’s art continues to delight his audience on a regular basis. He was also the creator and producer of the Ponty and Pop cartoon strip which was set in the fictitious village of Aberflyarff. The cartoon strip enjoyed both radio and TV success. 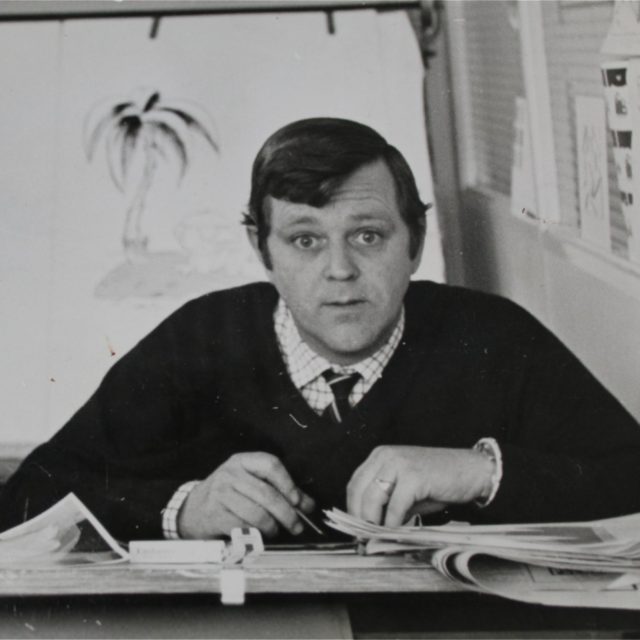 Gren was honoured by the variety club of Great Britain for his charitable work and a dinner was held in his honour. In 1990 Gren was awarded the MBE for his contribution of cartoons to the British public and this was presented to him by Her Majesty the Queen at Buckingham Palace.

Gren was a highly respected and established artist and this has been reflected in both commercial and personal plaudits. In December 2008 HRH Prince William unveiled a 40 feet by 12 feet iron monumental art work depicting Gren’s Ponty and Pop cartoon characters. The iron work erected on the new Media Wales building 6 Park Street, Cardiff. 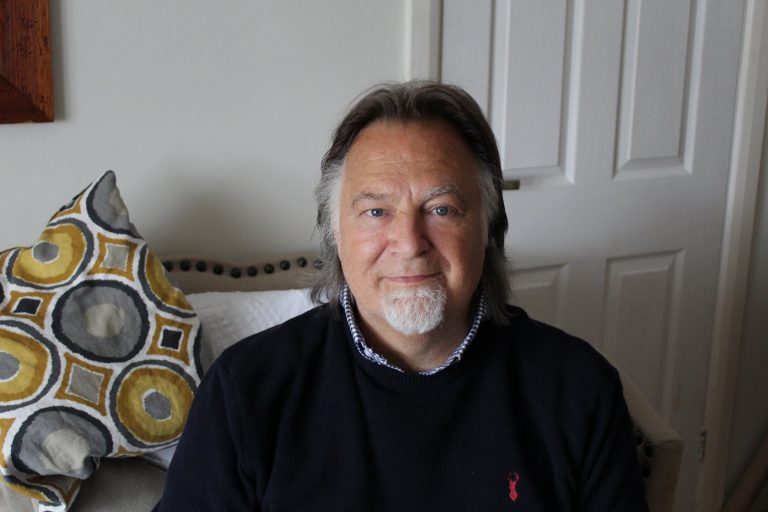 The Gren name and legacy has been proudly carried on by Darryl Jones who is one of Gren’s sons. This has been successfully achieved by Darryl learning his dad’s skills by watching over his shoulder throughout previous years when his dad was drawing cartoons. This has enabled him to produce the now world wide distributed Gren Calendar and also artwork displayed on other products.

Even though his dad is no longer with us, Darryl by his own admission will say that he continues to learn this unique art of the Gren style of cartoons to ensure the Gren name continues on. This is not for his own benefit but for the people of Wales and beyond.

There are many famous names to come out of Wales, Gren being one of them and it is Darryl’s intention to keep the name of Gren in the public eye by producing the annual (and very funny!) Gren Cartoons Calendar together with other products.